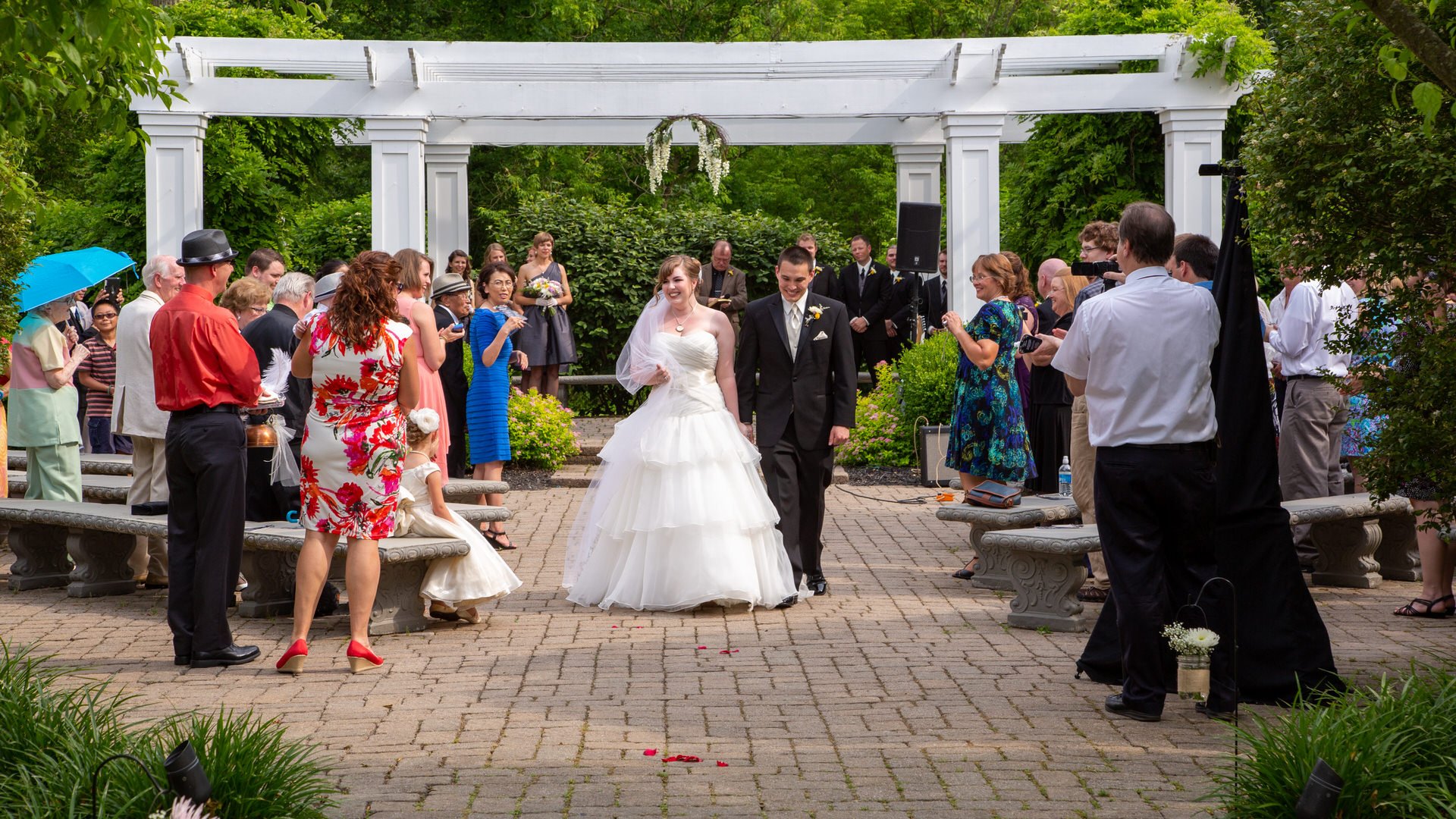 Joie is an ardent admirer of vintage photos.  When I first met them, she particularly mentioned of a photo in black and white (tinged with antique tone) of a couple diping and kissing in the middle of  the busy Main Street in Ann Arbor.  We recreated that shot when I photographed their engagement at Michigan State University and on their wedding day.

The theme of her wedding revolved around the word “vintage” and Weller’s Carriage House was a perfect venue for it.

Joe is very easy going.  He was very open to any ideas that Joie tagged on Pinterest.  Even the Mr. Poppins shot.  That’s what I called it when I tried to explain to him about it.  Sorry, Joie.

I arrived about an hour early.  Joe was already there with his grooms men setting up the sound system that will be used during dinner time.

It was a perfect afternoon.  It was warm but the breeze easily warded that feeling off.  The clouds that dotted the sky also provided relief to the guests who were starting to trickle in.

“We’ll get ready soon so we can start”, Joe said as they headed back to their car to get their wedding attire.  I just smiled.  He wasn’t nervous at all.  That’s a good sign.

As we planned, I photographed most of the ‘formal’ shots with the guys before Joie arrived.  And when she did, we started off with their ‘first look’. After that, we went through the list of the rest of the ‘formal shots’ to literally get the ‘formalities’ over with.