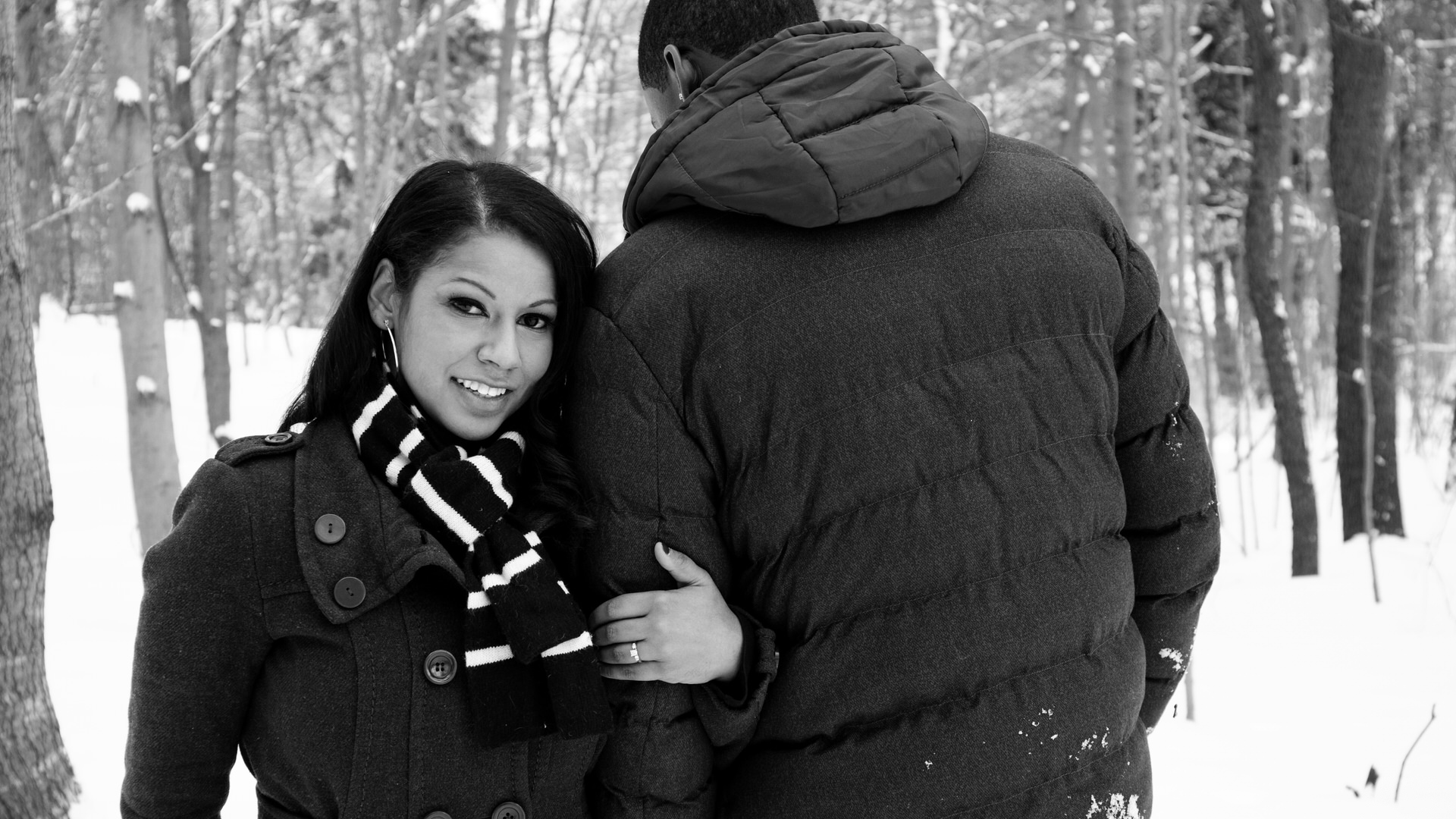 Linda emailed me inquiring about my availability to photograph their wedding in September 13, 2014.  We agreed to meet on December 14 at the Detroit Marriott Troy Hotel, one of their wedding venues.

Unfortunately, a winter storm thwarted that plan and we agreed to reschedule on February 16, 2014.  Two days after Valentine’s Day.

This day was going to be a meet-greet-and-engagement session type of day.  Personally, it felt like a blind date to me.

The day started off with only a couple of inches of snow but the temperature hovered around 14!  It was supposed to warm up to around 20 or so but I was hoping that it would go higher than that.  I suggested for some of their session to be photographed outside at Cranbrook schools and they agreed.

I got to the hotel first and a few seconds after sitting down, I saw Linda stroll in.  As we were talking, Ray joined us.

I am nosy.  But I like to be as such especially when it has to do with couples who I will be working with on their wedding day.

I only need to know about one particular thing but I dilute this with other unrelated casual questions.  I would like to know if you’re easy going or not.  Both of them are easy going and I think their wedding day will be a blast for me as well!